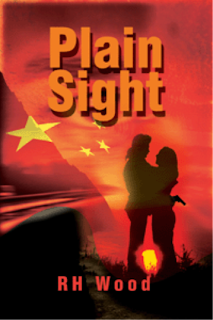 Industrial espionage in the hi-tech world; the Chinese wanted their share and Divinity Netware was the prize.

Black helicopters and secret military units-and those were the good guys. Rick and Connie's marriage was the envy of their friends, and their daughter had just married the love of her life. So why did they find solace in the arms of others and what did it have to do with the Chinese? As their marriage crumbled, the United States moved just as quickly toward a nuclear confrontation with Communist China. The nation watched them breaking up, and the President watched his only hope for peace evaporate. But then, in the world of espionage, things are never what they seem.